Tightening Restrictions Impact Retail Footfall in September. The BRC and ShopperTrak have published retail footfall data for the five weeks […] 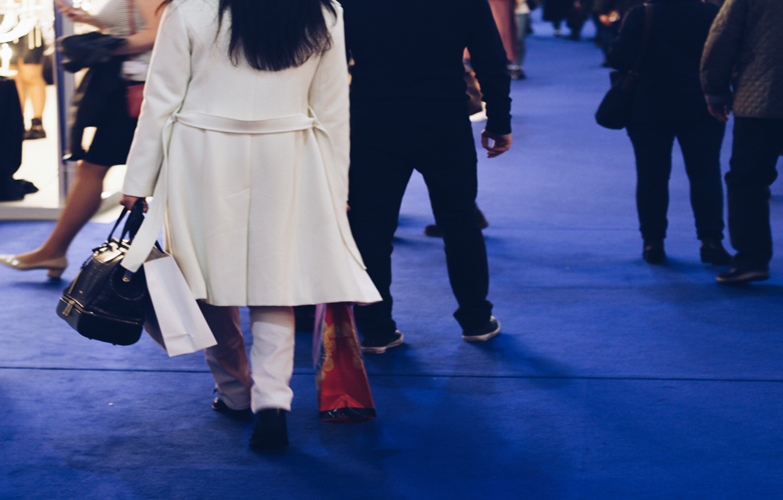 Tightening Restrictions Impact Retail Footfall in September.
The BRC and ShopperTrak have published retail footfall data for the five weeks between 30 August – 03 September 2020.

“As the second wave of the pandemic sweeps the UK and additional restrictions come into force, footfall has steadily dropped during the month as many shoppers chose to stay at home. Despite this, September footfall remains an improvement on the previous month. Retail parks, while down on a year ago, continue to perform significantly better than high streets and shopping centres thanks to the prevalence of supermarket stores and the availability of onsite parking.

“It is likely that rising case numbers and future restrictions may see footfall decline in the coming months. Sales at upcoming holidays, including Halloween and Bonfire night, are also likely to remain muted. Furthermore, with footfall remaining well below pre-coronavirus levels, the Government must act now to provide certainty for business and prevent a cliff-edge of 100% business rates in April 2021. Such action would cripple the retail industry at a crucial moment for its recovery.”

“At the beginning of the month we saw footfall rise to a post-lockdown peak, buoyed by back-to-school and the final week of the Eat Out To Help Out scheme.  However, as the stimulus package ended, so did the recovery in shopper traffic.  We saw diminished footfall each week during September, dropping 9 percentage points by the end of the month to – 34%.  The roll out of increased local restrictions and lockdowns, with a quarter of the UK population placed under stricter rules in September, could be undermining consumer confidence in bricks-and-mortar shopping.  We can also see that this has been particularly hard felt in the North West, and notably in Manchester, an area on local lockdown since the end of July, where footfall fell to -40%.

“This is a critical time when retailers are readying themselves for the start of the Golden Quarter and Christmas trading.  Retailers have already invested heavily in safety, compliance and alternate ways to shop, but will need to continue to hard-bake consumer confidence into shopping journeys to ensure they capitalise on festive footfall and, crucially, sales. This peak season, consumers are likely to shop earlier, less often, and with more purpose, making each visit more valuable than ever before.”