Buyers Prepared to Buy Home in Need of Major Work 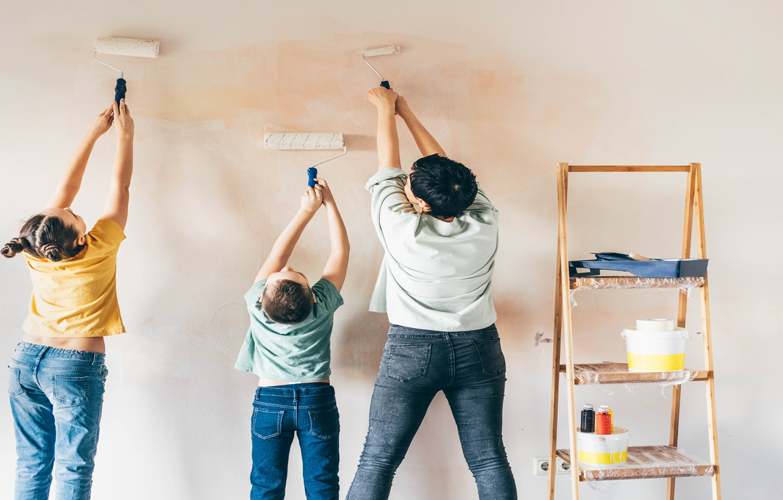 Over 80% of British Buyers Prepared to Buy Home in Need of Major Work
Newly released research from Jackson-Stops has revealed that when it comes to tackling a home renovation project, Brits are anything but shy.

The findings come after the national estate agent investigated the views of over 1,100 people on their homeownership preferences.

According to the data, more than eight in ten prospective British buyers would be prepared to purchase a home in need of moderate to significant renovation, with almost 50% of these respondents claiming they would be open to undertaking a major renovation project.

Despite many being prepared to undertake a renovation project on an older property, only 27% said they would consider purchasing a plot of land and building their own home from scratch at some point in their lives. This figure is down by 17 percentage points when comparing responses to this question from Jackson-Stops’ 2017 sentiment survey. However, should the Conservative Party commit to their manifesto pledge to help people who want to build their own homes find plots of land, the agent expects this figure to increase marginally throughout 2020 and 2021.

The estate agent’s survey also found that more than seven in ten respondents (71%) would rather move to a bigger property instead of extending their current home if they were to require more room over the next year. This figure has increased from 59% in 2017. Each age group surveyed would prefer to move than improve, but most prominent was the younger generation of 18 to 34-year olds; 79% of which said they wouldn’t want the hassle of extending their home.

When considering the configuration of their perfect home, 68% of British buyers would most like an open plan kitchen and dining area, with a separate lounge, while a fifth (20%) prefer a fully open plan space that incorporates the kitchen, dining and lounge area (see graph 1). Only 12% of respondents desire zoned off living spaces in their home. This figure increases to 22% for 65-year olds and older.

The survey also asked respondents to rank the top features of their dream home. Having access to high-speed broadband is the most important feature for 18 to 24-year olds while having a dedicated car parking space is the most vital feature for 25-year olds and above. Both energy-efficient features and period features such as original fireplaces also ranked highly across all age groups, highlighting a clear demand for new build properties designed in a period style.

When asked how many bedrooms people would most likely want if they were to move to a new house within the next year, more than a third (34%) said they would want to move into a four-bedroom house (see graph 2). Interestingly, this figure increases to 43% for 65-year olds and above, who are typically associated with downsizing.

Nick Leeming, Chairman at Jackson-Stops, comments: “Despite Britain’s love for a renovation project when it comes to making updates to a current property, many homeowners would rather ‘list it’ than ‘love it’ and spend time and money making the necessary updates to ensure their home can accommodate a larger household. We find it is often growing families, who simply don’t want to open up their home to builders and months of mess in exchange for a loft conversion or an extension, who decide to buy a bigger home that is more suited to their requirements.

Interestingly, the prospect of moving to a home which requires major renovation however isn’t a complete turn-off. In fact, many buyers enjoy the prospect of purchasing an older property and putting their own stamp on it, even if it means they have to wait a few months or even years before they can enjoy their dream home or location.”